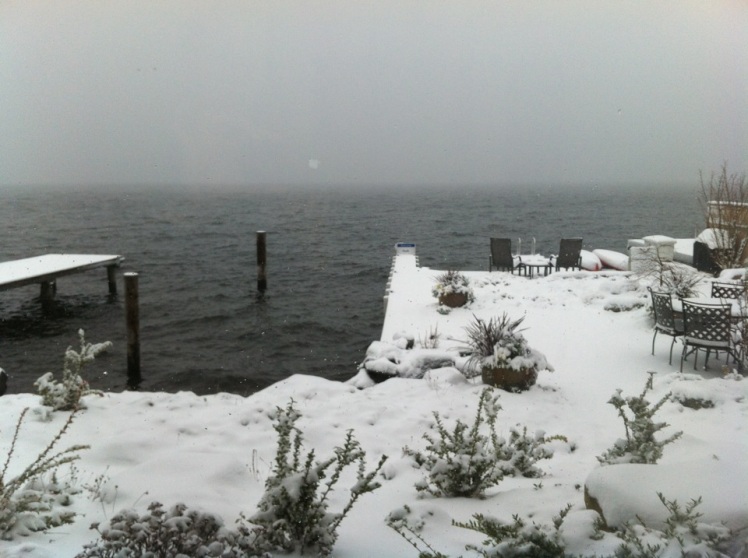 It’s a snow day in Seattle. Only about three inches so far, but still supposed to snow all day. In this hilly, normally temperate city, that’s all we need to close all the schools and bring on a mayoral plea to citizens to stay home.

I’m a fan of this particular type of Act of God, one that’s gentle, but firm. It’s a reminder that we sometimes have to ditch our plans and be steered by the situation. I’ve been spared bigger, more devastating Acts, but have been indirectly nudged by tornadoes, hurricanes and earthquakes. And I do feel very small in the shadow of those. I’ve had tsunami nightmares for years. After the Seattle quake of 2001, I was terrified and obsessed. I did Red Cross training in CPR and first aid. I made an elaborate emergency kit that I picture will ultimately be inaccessible under a pile of rubble.

Lately I’ve been doing some thinking about the definition of fitness. That may lead to another post entirely, but what got my attention today was this definition:

Physical fitness is commonly defined as the capacity to carry out the day’s activities, pursue recreational activities, and have the physical capability to handle emergency situations.

That struck a chord. Even though, in my meditations on emergencies, I know there are no guarantees and I’m ultimately an insignificant blip in the diorama of a disaster, I take some comfort and satisfaction that I could run for miles if I needed to. I can swim the distance from the Costa Concordia to Giglio Island. I could lift and move some rubble. They just found a 66-year old experienced snow-shoer who was lost for two nights on Mt Rainier. In that scenario, mental and physical endurance training don’t hurt. If I am injured, my basic level of fitness increases my chances and pace of recovery. These may be arbitrary advantages. But who knows? They also could be significant. They give me some feeling of empowerment.

And on a more mundane level, I’m about to go out and shovel our sidewalk. How many times have you heard about folks dying of heart attacks while shoveling snow? Once that’s done, I’ll think about reaping the rewards of fitness by pursuing some recreational activities.

3 thoughts on “On Fitness in an Emergency”

I'm Rachel DeBusk, a fitness coach who runs, swims, bikes and paddles along Lake Washington in Seattle. I love helping people find their groove with fitness, especially outside. I build fun, welcoming, body-positive fitness communities, which you should come check out.

< Previous Next >
+ Add your own event Eventbrite

Fitness community, workouts, inspiration, recipes are a click away…